We just loaded over 30 gorgeous new papers online this week! To see the new papers, just click the image. 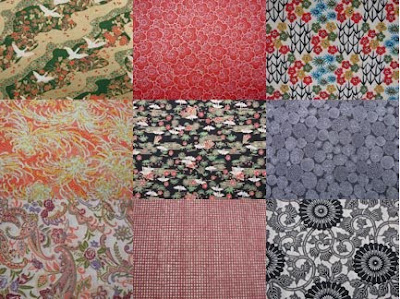 Also, we are continuing our amazing India Prints Paper sale for one more week. We are making room for all the new styles that will be arriving! Click the image below to see the sale papers. 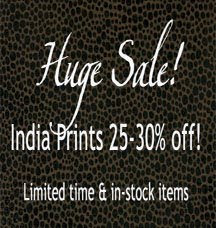 I love valentine's day because you are practically expected to eat chocolate! 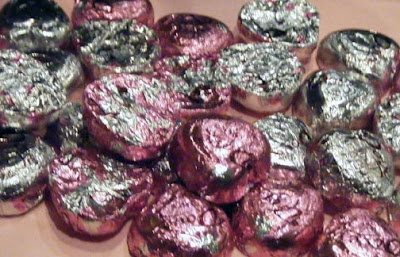 Here's a sampling of letterpress valentines from our card class. So fun! 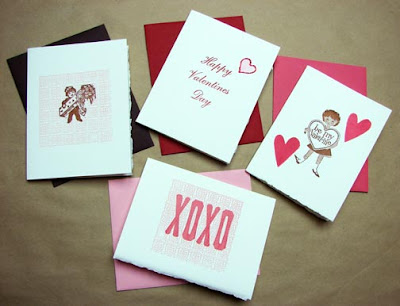 In the letterpress valentine class, some folks also did some tee shirt printing. 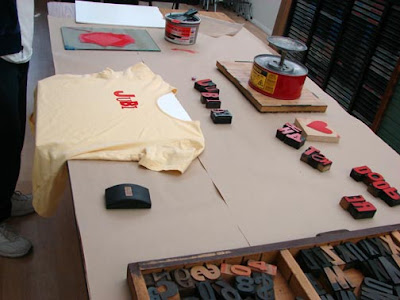 Yay Denise! Her shirt is for valentines, breast cancer and healthy hearts! 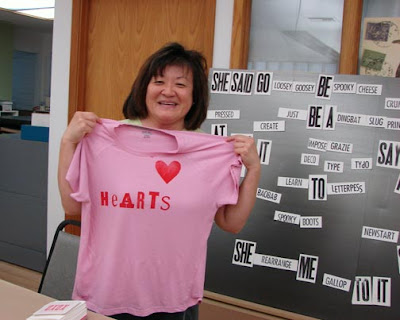 This is the other reason I love valentines day! The annual VNSA book sale. Over 600,000 used books on sale at the state fair grounds. This is an all volunteer effort and the money from the book sale goes to local charities. 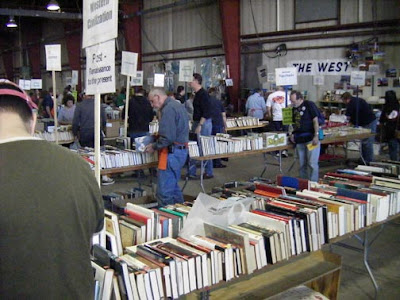 So many books, not enough arms to carry them! 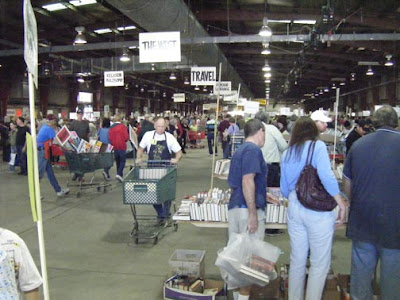 Every area has a sign for their book categories. This is my favorite sign at the books sale--not sure if you can read it: Book on terrorists, espionage, disasters & sneaky people! 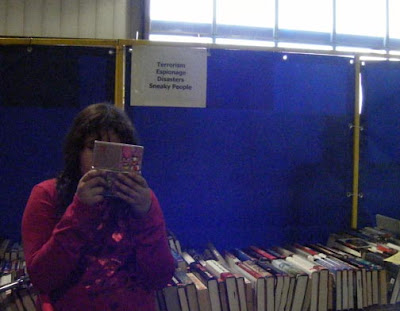 We definitely did our part donating to charity as we left with a cartload of books. 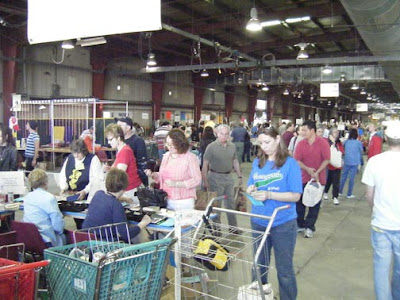 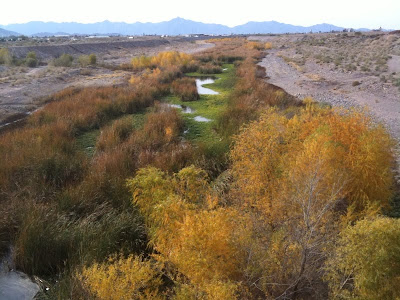 In this day and age where city budget cuts are happening like crazy, we all need to get out and support our local parks department! Lots of their programs help fund their budget and they are incredibly fun, informative and reasonably priced.
Gary and I with our friend Lisa recently went on a dusk hike at the Rio Salado Habitat. It was amazing that you could look to the west and see the sun setting and to the east to see the full moon rising. Of course, I forgot to bring my camera! But the weather was fabulous about 68 degrees and it was great to be outside for 3 hours. We just had a bunch of rain so the river had just receded and washed out a lot of the vegetation. Lisa sent me before photos (above) when she was there in December--so lovely and below is how the habitat looked at the end of January--all washed out. 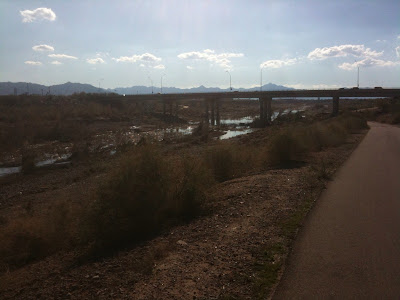 In the washed out state, you could see the debris that flooded in from all the storm drains. So important not to pollute--it winds up in the river bed! The rangers said that the habitat will revert back to the December pre-flood state in a couple of months. Amazing. 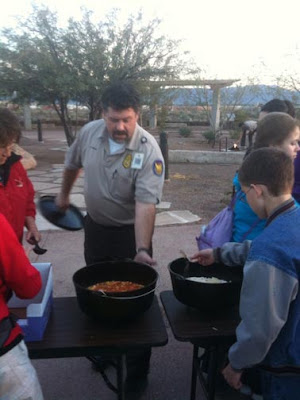 Here's the added bonus on the night--we learned about cooking in dutch ovens and made three dishes before we left on the hike. 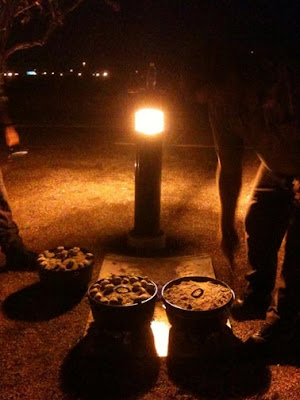 One of park rangers stayed and oversaw the dutch ovens. When we returned from the hike, we got to eat the yummy food! Three hours of fun, education and food for $9.00. Such a deal!

Posted by The Paper Studio at 9:35 AM