We are having an open house at Letterpress Central on April 21 from 10 - 2 pm.
Come join us--you can make a print and have a snack! 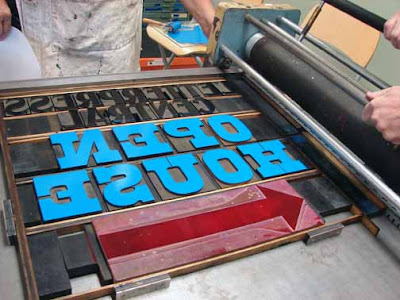 Mike decided to make some signs using our enormous sign press. Great chance to use some super large wood type. The sheets he printed are 22 x 30 and the 3 signs almost cover an 8 foot table! 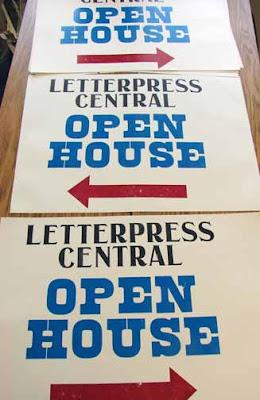 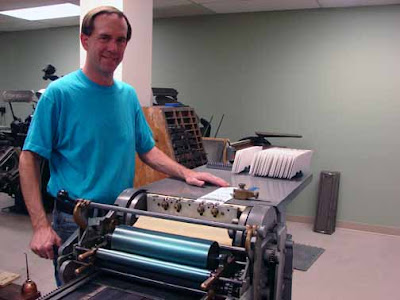 Gary and I worked on the invites that would be mailed. We could have done a polymer plate but decided to do all hand-set metal type and ornaments. Then of course, I forgot to photograph the lock up. Hand-set type lock ups are almost a work of art by themselves. So much more interesting than polymer plates. We have such an amazing collection of old typefaces and ornaments that it can be hard to choose! We ended up with a reverse Gill, Trylon shaded, Brody, Packard and a french typeface - Le Moreau where the nick is upside down and it totally confused us!

Wonder if the color of the clothes influence the ink color? Hmmm..... 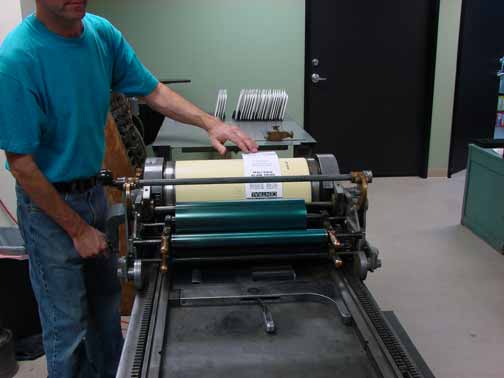 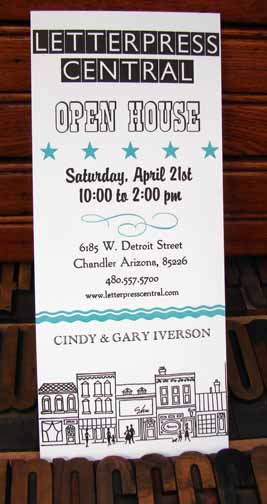 We printed envelopes in three fun colors, chartreuse, aqua and kraft. I think I like printing envelopes as much as the invites because it is such fun to get surprising mail!

Posted by The Paper Studio at 3:59 PM

Photos from the Type Truck Event

We were overseeing the printing on the Vandercook at ASU for the type truck event so we didn't get out and about enough to take many photos. 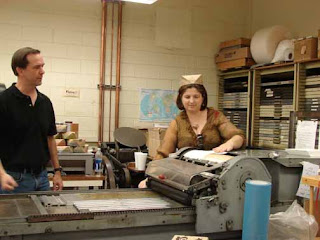 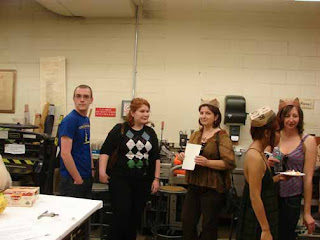 There were so many people in ASU's type shop, it was like Grand Central Station. The vandy kept printing all night! 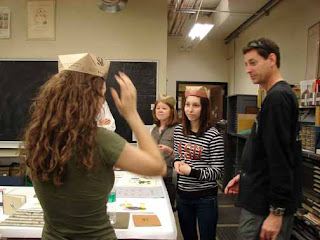 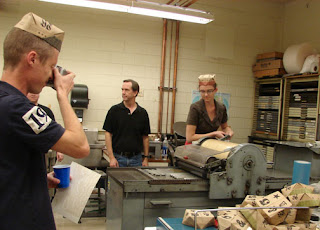 We loved seeing everyone wearing our printers hats! Made printing and folding the hundreds of them all worth it.  So cool!

Wish we could have had a chance to talk with Kyle more about her Type Truck Adventures but there was a line outside her truck the whole time! 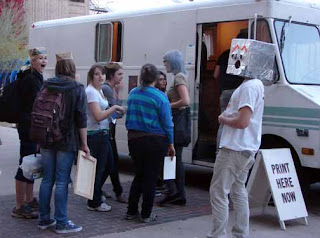 I think this is my favorite sign of all time "This is not a Taco Truck". My friend Lisa bought one and is putting in her kitchen! 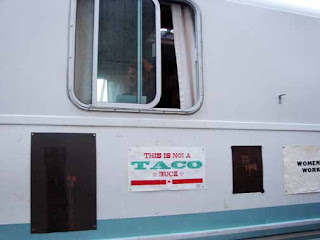 I did sneak in to say "Hi" for a second and buy some of her prints. 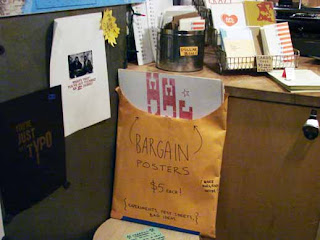 That gal has really been all over the country in the type truck! Amazing! Check out http://type-truck.com/ 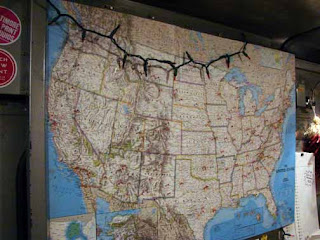 So in celebration of the Type Truck coming to town, I got the hair-brained idea that it would be so fun to print "pressmen" hats as a keepsake. Now mind you, I had to teach myself how to fold one first then figure how to print it. I found the instructions here.

I did a number of mock-ups on a variety of paper starting with newsprint. These hats are seriously complicated to fold. The first thing I found out was that newspapers have not only shrunk but totally changed in size!

After much trial an error, we decided to go with kraft paper because it stiffer than newsprint and would hold its shape better. 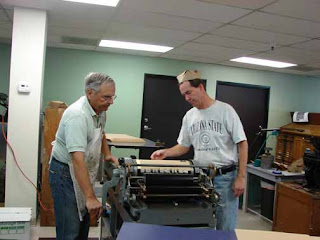 It took a bit of convincing Mike and Gary that this was a fun idea and I agreed to do the folding along with the team printing. Well, we all did the printing and while I started all the folding, it became a team effort because 200 hats is a lot of hats to fold! 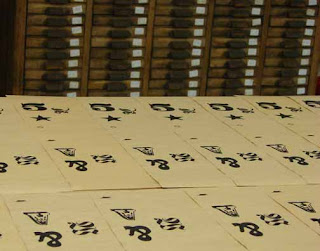 Here's a shot of the first run drying. We printed the back band, color band of ornaments and a colophon inside.

Below is a sample of the finished hats. I need to shoot a closeup of the back band because Mike found a great quote by Roland Tiangco that we printed. "The future belongs to the few of us still willing to get our hands dirty."

Mike said that these are the most printed pressman's hat ever. He's probably right, we went a little crazy! 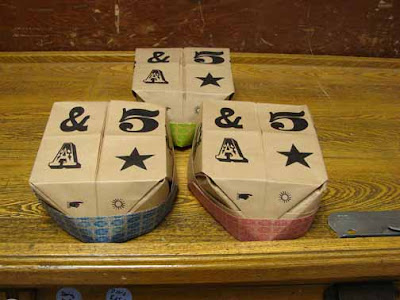 Posted by The Paper Studio at 9:13 PM